Go Back to Shop All CategoriesBlog
HomeBlogBlogMonkey D. Luffy: The Man Who Ate the Gum-Gum Fruit & Changed the World

Monkey D. Luffy: The Man Who Ate the Gum-Gum Fruit & Changed the World

Monkey D. Luffy is a name that needs no introduction to fans of the popular manga and anime series, One Piece. From his distinctive straw hat to his elastic body and reckless personality, Luffy has become one of the most iconic and beloved characters in the world of anime and manga. But beyond his quirky abilities and antics, Luffy has a big heart and an unwavering determination to achieve his dream of becoming the Pirate King.

Born the son of the revolutionary Dragon, Luffy grew up with a strong desire to explore the world and make a name for himself. When he accidentally ate the mysterious Gum-Gum fruit as a child, he gained the ability to stretch his body like rubber but also became permanently immobilized when he comes into contact with seawater. Despite this weakness, Luffy has learned to use his powers to his advantage and has become a formidable force to be reckoned with.

Setting out on a journey with his diverse crew of pirates, the Straw Hat Pirates, Luffy embarks on a quest to search for One Piece, the legendary treasure said to grant immense wealth and power, and become the Pirate King. Along the way, they encounter numerous challenges and make new friends and allies, as well as confront powerful enemies. Despite facing overwhelming odds, Luffy never gives up and always manages to find a way to triumph through the power of friendship and the will to never back down.

Luffy’s impact on the world of One Piece cannot be understated. He has inspired countless people to pursue their dreams, no matter how impossible they may seem. His selflessness and determination have also helped bring about positive change in the world, such as liberating oppressed communities and bringing down corrupt organizations. In many ways, Luffy has become a symbol of hope for people everywhere, and his journey continues to captivate and inspire audiences around the world. So, let’s take a deeper look at the life and journey of Monkey D. Luffy, the man who ate the Gum-Gum Fruit and changed the world.

The Gum-Gum Fruit: How it Gave Luffy His Powers

The Gum-Gum Fruit, also known as the Gomu Gomu no Mi, is a central aspect of Monkey D. Luffy’s character and one of the most iconic elements of the One Piece series. It is a mythical Devil Fruit that grants the user the ability to stretch their body like rubber. When Luffy accidentally ate the fruit as a child, he gained the ability to stretch his limbs and body to incredible lengths, as well as withstand physical attacks that would normally be lethal.

The Gum-Gum Fruit’s powers do not only include stretching and increased durability; Luffy has also demonstrated the ability to bounce off surfaces and use his elastic body to deliver powerful punches and kicks. He can also stretch his limbs to great distances to grab objects or attack enemies from a distance.

In addition to these offensive capabilities, the Gum-Gum Fruit also gives Luffy several defensive abilities. His elastic body allows him to absorb and deflect physical attacks, making him nearly invulnerable to conventional weapons. He can also stretch his body to create shields or wrap them around his allies to protect them from harm.

Despite the many benefits of the Gum-Gum Fruit, it also comes with a major weakness – the user becomes permanently immobilized when they come into contact with seawater. This makes it difficult for Luffy to navigate the ocean and puts him at a disadvantage when fighting near or in the water. However, Luffy has learned to overcome this weakness through various strategies, such as using his powers to launch himself into the air or using his crewmates’ abilities to keep him out of the water.

The Gum-Gum Fruit has played a significant role in shaping Luffy’s character and journey. It has given him the power and confidence to pursue his dream of becoming the Pirate King and taking on powerful enemies. It has also helped him develop a unique fighting style and set him apart from other characters in the series.

Despite the drawbacks of the Gum-Gum fruit, Luffy remains grateful for the powers it has given him and uses them to protect his friends and bring about positive change in the world. The Gum-Gum Fruit may be just a simple piece of fruit, but it has had a profound impact on Luffy and the One Piece world.

Monkey D. Luffy’s ultimate goal is to become the Pirate King, the person who rules over all pirates and possesses One Piece, the legendary treasure said to grant immense wealth and power. To achieve this dream, Luffy sets out on a journey with his diverse crew of pirates, the Straw Hat Pirates, to search for One Piece and explore the vast world of the Grand Line.

Luffy’s journey to becoming the Pirate King is filled with challenges and obstacles at every turn. He and his crew must face powerful enemies, including members of the navy, other pirates, and members of the criminal organization known as the World Government. They also encounter a variety of dangers, such as sea creatures, natural disasters, and other hazards of the Grand Line.

Despite these challenges, Luffy never backs down and always strives to achieve his goal. He is determined to become the Pirate King, not for personal gain or power, but to fulfill a promise he made to his beloved friend, Shanks, and to protect the freedom of the seas. His unwavering dedication to his dream inspires his crewmates and others around him to never give up on their own goals.

Along the way, Luffy and the Straw Hat Pirates make new friends and allies, including fellow pirates, marines, and members of the revolutionary army. These relationships not only help them in their journey but also highlight the importance of friendship and the bonds of loyalty that tie people together.

Luffy’s journey to becoming the Pirate King is more than just a quest for a physical treasure. It is a journey of self-discovery, where he learns about the world, himself, and the value of the relationships he has formed. It is a journey that has captivated and inspired audiences around the world, and one that continues to unfold as the story of One Piece continues.

The Impact of Luffy on the One Piece World

Monkey D. Luffy’s impact on the world of One Piece cannot be understated. From the moment he set out on his journey to becoming the Pirate King, he has inspired countless people to pursue their dreams, no matter how impossible they may seem. His selflessness and determination have also helped bring about positive change in the world, such as liberating oppressed communities and bringing down corrupt organizations.

One of the most significant ways in which Luffy has impacted the One Piece world is through his influence on other characters. His unshakable resolve and belief in the power of friendship have inspired many of his crewmates and allies to become better people and pursue their own goals. He has also encouraged people from all walks of life to stand up for what they believe in and fight for their dreams.

Luffy’s impact is not limited to the characters in the series. His journey and the values he represents have also resonated with audiences around the world, making One Piece one of the most popular manga and anime series of all time. His character has inspired people everywhere to feel hope and determination, and he will continue to have a lasting impact for years to come.

In addition to his influence, Luffy’s actions have also had a significant impact on the world of One Piece itself. He has played a key role in bringing about change in the world, such as helping to defeat powerful enemies and bringing down corrupt organizations. His actions have also helped to bring about greater unity and understanding between different groups, such as pirates and marines.

In many ways, Monkey D. Luffy has become the driving force behind the changes that have occurred in the One Piece world. He will continue to influence generations to come, and his legacy as a hero and an inspiration will live on forever.

Monkey D. Luffy is more than just a character in a popular manga and anime series. He represents the power of determination and the belief that anything is possible if we never give up on our dreams. His impact on the One Piece world and beyond is a testament to the enduring appeal of his character and the values he represents.

Luffy’s journey to becoming the Pirate King is one of self-discovery and growth, and his impact on the world and the people he encounters along the way is immeasurable. His unwavering determination and belief in the power of friendship have inspired countless people to pursue their own goals and fight for what they believe in. His actions have also helped bring about positive change in the world, such as liberating oppressed communities and bringing down corrupt organizations.

Despite the many challenges and obstacles he has faced, Luffy has remained true to his values and never stopped striving to achieve his dream. His impact on the One Piece world and beyond will be felt for generations to come, and his legacy as a hero and inspiration will live on forever.

One Piece Merchandise: A Guide to the Best Gifts & Collectibles

If you’re a fan of the manga and anime series One Piece, or you know someone who is, then you know that there’s no shortage of merchandise available. From figures and statues to clothing and accessories, there are countless ways to show off your love for the series and its lovable characters. But with so...

The Tragic Story of One Piece’s Ace: The Son of the Legendary Gol D. Roger

One Piece is a long-running manga and anime series that has captured the hearts and minds of fans all over the world. With its diverse cast of characters, exciting adventures, and compelling storylines, it’s no surprise that it has become one of the most beloved franchises in the world. Among these characters is Ace, a... 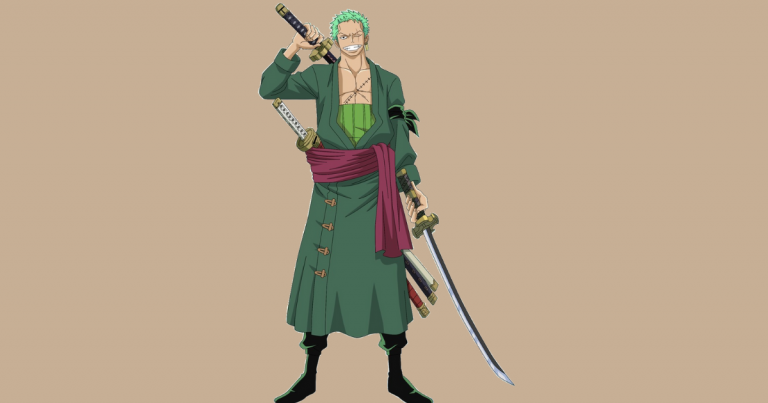 One Piece Sakura Zoro Hoodie: A Must-Have Item for Fans  

The One Piece manga and anime series has captivated a global audience of fans for many years. The story follows Monkey D. Luffy, a young pirate, as he embarks on a journey to find the ultimate treasure known as the One Piece. Along the way, he meets a diverse group... 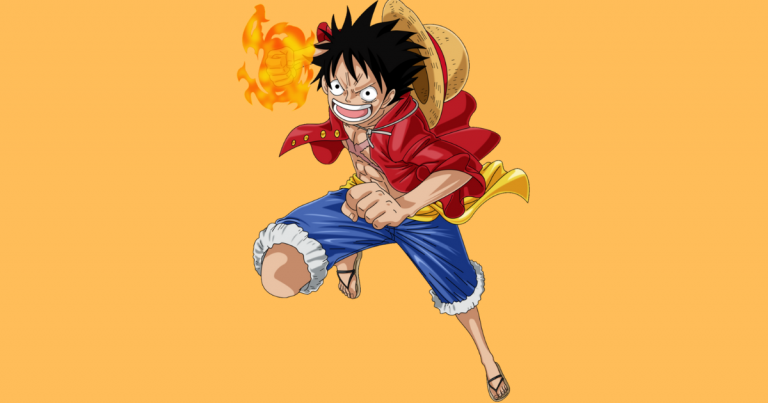 Eiichiro Oda wrote and illustrated the beloved and enduring manga series “One Piece”. Since 1997, it has been serialized in Shueisha’s Weekly Shōnen Jump magazine. The “One Piece” series has gained a massive global following due to its adaptations into anime series, movies, and video games. In 2021, the feature... 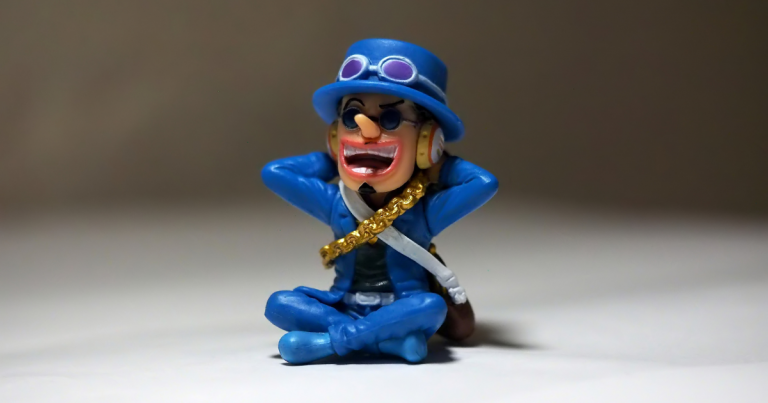 One Piece Collectibles: A Guide to the Best Figures & Accessories

One Piece is a beloved manga and anime series that has been entertaining, captivating fans for over two decades and has a ton of collectibles. The story follows the adventures of Monkey D. Luffy and his friends as they search for the One Piece, a legendary treasure hidden somewhere in...

Read More
Stay up to date
Register now to get updates on promotions and coupons.